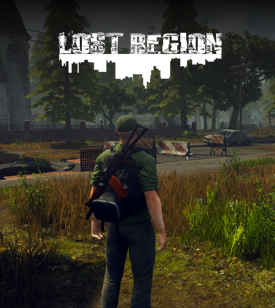 Open World Survival Action Sandbox with Comabt, Crafting, Building, looting, leveling and even diplomacy awaits you! Join a group of people or create your own faction, build your base or capture it from your enemies. Create your own world where you can be proud loner, or create a group with your friends. The entire subsequent history of the world depends on you.

Your actions influence the world

Huge expanses in Lost Region are completely open and how you explore this world is up to you. You can explore the world yourself or with your friends, gather resources and build camps or bases, operate crafts, hunt, complete NPS missions, fight with other players, organize raids on their bases, or even conquer their buildings to increase your influence in the world. The world covers approximately 64 square kilometres with vast forests, cities and underground locations. The world population will react to your actions: If you hurt NPCs, their attitude to you will deteriorate. Similarly, if you support and complete missions from NPCs, your authority will increase. Your relationship with the factions of other players is also influenced in many ways by the game.

Instantly online and easily administrable - Thanks to the Gamecloud!

Simply select the slot size when ordering your Gamecloud, define the period (3, 30 or maybe 90 days?), deposit fast and easy money using Paysafecard, PayPal, Sofortüberweisung or credit card and get started within seconds. The Gamecloud offers beginners an intuitive user interface for Lost Region, where the server is set up within a few clicks. After that you can start crafting, building and set off in the world of the server. The server is online to any player in the whole world, there are no restrictions!