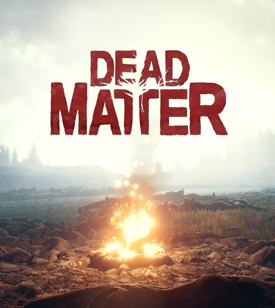 Dead Matter - Zombie survival on the next level

Dead Matter takes place in a post-apocalyptic world where humans are no longer the dominant race. The 7.5x7.5km map, inspired by southern Alberta, Canada, allows up to 80 players to fight for survival at the same time. On foot and by vehicle you will explore the rough Canadian nature and search in abandoned cities for Loot. Dead Matter mixes up the survival genre. Among other things, Roguelite elements bring a breath of fresh air to the genre. With every new zombie apocalypse on the server, the game world will look different. For example, NPC factions hold a different area of the map or there are different types of gasoline at gas stations. The survival strategy for you and your friends changes every time you play the game.

If you want to survive on your own, Dead Matter is rather difficult. The respective skills are improved through experience. Due to the multitude of possibilities it is almost impossible for one player to master all skills alone. Playing with friends in a group is therefore encouraged. Besides features like realistic gunplay, base building, agriculture, there will be a sophisticated vehicle handling and maintenance feature in the future.

Sandbox Survival on your own server

The configuration options of your own Dead Matter Server are extensive. Nearly every building in Dead Matter can be used as a safehouse as long as you have control over it. When logging out, you can use the basic settings of your server to determine whether the player simply stays as a "sleeper" or disappears after a certain time and is safe from other players during an offline raid.

Development and implementation of Dead Matter

Dead Matter is developed by the indie studio Quantum Integrity Software Inc. During development, the strengths of the Unreal 4 engine are used to create a multiplayer survival game, which should put comparable games of the genre in the shade.

Instantly online and easy to administrate